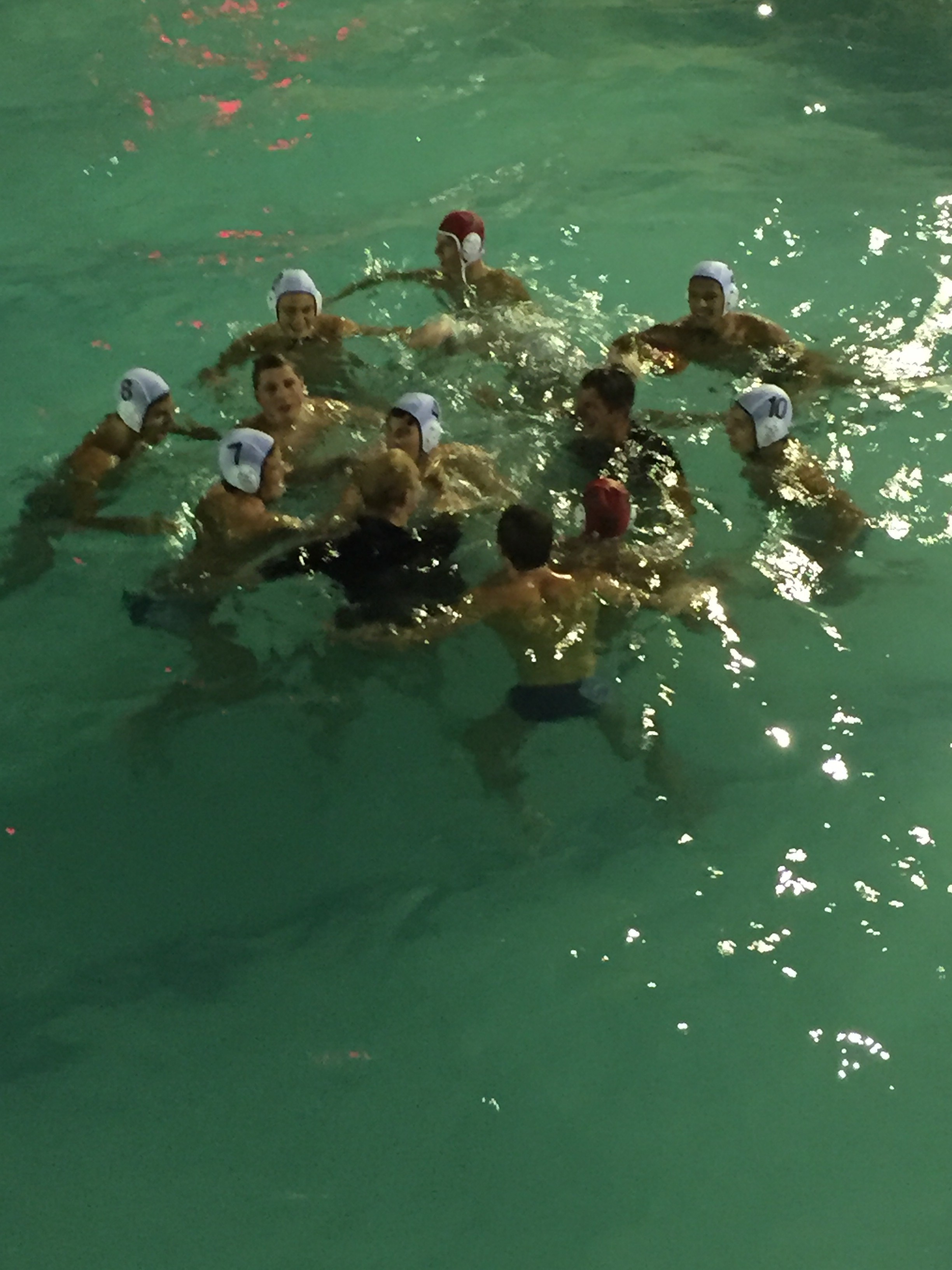 After an action packed week, we are starting to see the strength coming through from all of the age groups! With the different tournaments that took place, there were very few games for the boys in terms of league matches, but the girls had their hands full!

Results from the past week

The boys saw the SACS Nite Series draw to a close, as well as their respective tours. The only games played were between Bishops and Rondebosch, with the Bishops U14’s and U15’s winning their games 14 – 3 and 5 – 4 respectively. The U19 game is still to be played, one which promises to be massive after the Nite Series clash!

The girls had a very busy weekend, with five sets of fixtures played.

Tuesday evening saw the top four sides who competed in the Nite Series go head to head for their spot in the finals, which took place just after. Along with this, we also saw a match between Wynberg, who narrowly missed out on a spot in the semi-finals, against an invitational side.

The first semi, between a very fired up Reddam and Rondebosch was tight all the way to the last. Reddam managed to pull ahead up until the last  chukka, where Rondebosch clawed their way back, winning the game in the dying seconds.

The second semi saw the hosts, SACS, take on Bishops. This game started off very close, but by half time, Bishops had taken control, and continued to hold the game all the way to the final whistle, sealing their spot against Rondebosch in the finals.

Wynberg took on a strong invitational side, and the game was tight all the way. With both teams playing their hearts out, it was the invitational side with something to prove. The game ended in a surprise loss for Wynberg.

The final was a massive one. For the two old rivals, support was not in short supply, with war-cries and cheering all the way. The atmosphere was electric. The game started in Rondebosch’s favour, with them holding out Bishops and managing to take the lead. But soon, as tempers flared and emotions came out, the game began to tighten, quickly becoming a one-goal-match. With multiple players capped off or carded for both sides, everyone had to work their hardest to keep their team in the game. With just seconds left on the clock, and the score at 9 – 8 to Rondebosch, the result looked to be set, but in a flash, Bishops managed to score a brilliant goal off of a foul, sealing the draw when the hooter went. This took the game to penalties, with each team selecting their five best (and by this point least exhausted) players. While there were ups and downs through the shootout, and some very confusing moments to say the least, Rondebosch managed to pull off the win, ending things and claiming the silverware at 13 – 12.

A huge congratulations goes out to Dean Rimmer and his boys for a brilliant game. The same must be said for Greg Mallett and his Bishops side, who fought their hardest all the way through. 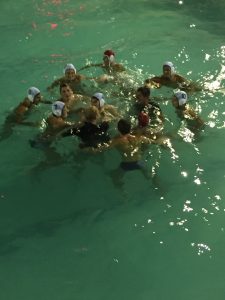 This last weekend saw the CANA Zone IV aquatics event, hosted in Bulawayo. Team SA sent four U17 teams, two boy’s and two girl’s, to fight it out against Zimbabwe. Despite going up against U19 players, our teams managed to win all their games by good margins, once again showing the strength of South African water polo.

A big congratulations to all involved! 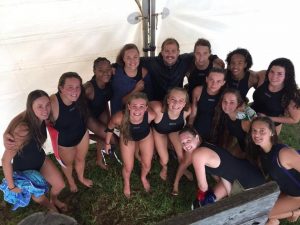 On the 23rd of Feb, we see the league clash between Bishops and Rondebosch, so be sure to not miss that!

On the weekend, we see the boys play a few sets of fixtures, with Rondebosch set to play Paul Roos, and SACS to take on Bishops.

Good luck to all playing this week!

There are only a small number of spots left for the last referee’s course, taking place on Wednesday the 1st of March, so be sure not to miss out! 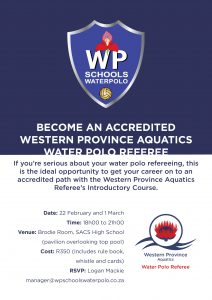 This week’s winner of the Steri Stumpie Photo Competition is Catharine Lacey! Please email manager@wpschoolswaterpolo.co.za for the details of your prize. 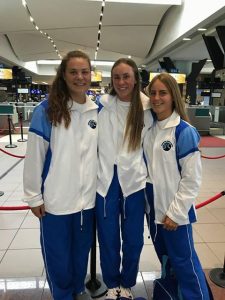 The competition will keep going until the week of the Knockout Cup, so keep those entries coming in!

In the absence of an updated direction related to Education, school sport is prohibited and as such, regrettably the school league is therefore suspended until such time as the restrictions on school contact sport have been lifted. For more on this from SSA, please visit the link below.wpschoolswaterpolo.co.za/information-update/
… See MoreSee Less

Information Update by WPSWP | Jan 14, 2021 | Latest News | 0 comments In the absence of an updated direction related to Education, school sport is prohibited and as such, regrettably the school league is therefore suspended until such time as the restrictions on school contact sport have been lifted…