Another week has come and gone, but this means we are just one step closer to the Knock-Out Cup!

Very few games were played this weekend, but the big clash in the boys’ section was most definitely between Rondebosch and Reddam. In the U19 section, we saw a far superior Rondebosch side take the game, winning 12-3. In the U15 section, the roles were very much reversed, with Reddam dominating to take the game 8-2. The U14 was much the same for Reddam, winning the game 16-6. 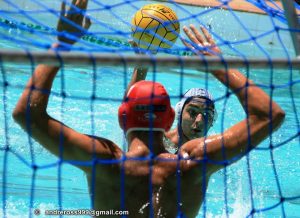 For the boys there are very few games. This week sees a massive clash at SACS, as they take on their rivals Wynberg. This will be a game not to be missed, so make sure you make your way there! While Bishops takes on Reddam and Westerford at Bishops.

For the girls, we see Herschel take on Springfield, Reddam to face Somerset College, Rustenburg against Bloemhof and Westerford goes up against Rhenish.

Note: Some games may be postponed or moved due to the outbreak of measles in the Boland region.

This weekend sees what can only be described as one of the best U14 co-ed tournaments in the country! Reddam once again will be the places to go this weekend to see some of the top schools from around the country fight it out to get their hands on some silverware. With tons of top polo, great food and much more, make sure you get down and support!

In the boys’ section, we see 12 sides participate, including Bishops, Reddam U13 and U14, Rondebosch, SACS, Westerford, Wynberg and Somerset College.

The girls’ section sees 14 sides, including Somerset College, Heschel, Reddam U13 as well as U14 A and B, Springfield, Westerford, Rustenburg and Wynberg.

The Reddam U14 boys will be fighting to defend their title, while Herschel will be defending the streak breaking win of last year, where they managed to take what could have been 9th victory in a row for Reddam!

For fixtures and more info, go to the Pitcairn Cup 2017 Facebook page. 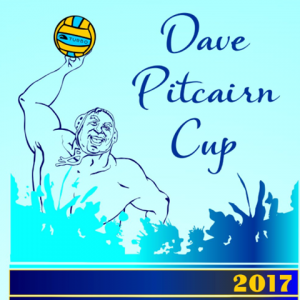 Keep an eye on our Facebook page for more info, and on this newsletter! 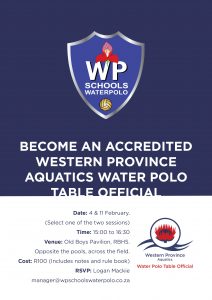 As we all know, water polo is all about fun and competition. So we at WPSWP have decided it’s time to bring some more fun in with a brand new competition! Starting today, post your team pictures, individual action shots and any other picture that shows off just how awesome our sport really is, and you could win a pack of Steri Stumpies each week! All pictures must of WP schools. The winner will be the person whose picture has the most likes, so don’t forget to tag us @WPSPOLO!
READY – SET – GO!

Today’s match against Spain was always going to be a tough one for our SA U18 Men. Nevertheless, the team showed exactly what they are capable of by winning the first chukka 4:3 taking the Spanish completely by surprise.The final result reflects the experience of the Spanish team but our U18 SA Men can be exceptionally proud of today’s performance and put this to good use when they meet Canada on the15th, playing for Group D 3/4 position.Enjoy your ‘day off’ tomorrow Gents!
… See MoreSee Less

After yesterday afternoon’s match against Montenegro, the SAU18 Men were able to spend some well-earned downtime soaking up the atmosphere at the official opening ceremony of the FINA World Men’s Youth Water Polo Championships. Representing YOUR country at a FINA World event is a PROUD moment in any SWPSA player’s life! Tomorrow the team will have their work cut out for them when they meet Spain but for now, time to reflect, reset and recharge. Good luck Gents! 🇿🇦📷 Anton Botha
… See MoreSee Less