WP schools up the ante 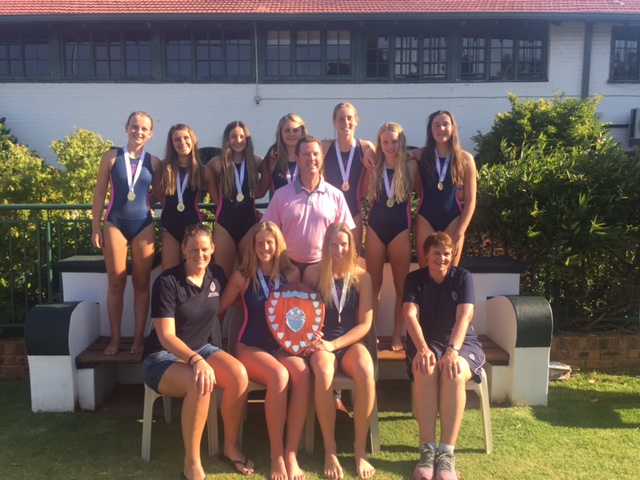 Our apologies for not including all the achievers from this past weekend, hopefully we’ve captured all this tie around!

It’s been another frenetic weekend of schools water polo around the country and especially pleasing that several Western Province schools performed well.

Arguably the biggest tournament over the weekend was the St Stithians Invitational with 58 teams on display. The U13 Girls Gold, U13 Boys Silver and U18 Boys Bronze all went to Reddam from Tokai, and the U18 Boys Gold to Rondebosch – the latter continuing their championship run after being awarded WP Schools’ Boys’ Team of the Year at the recent WP Capping Ceremony.

Six U18 boys from WP were selected to the Tournament Team, a privilege reserved for those players who performed exceptionally over the weekend; they were Chris Beamish and Hugh Bedford from Reddam, James Hablutzel, Dylan Watt, Ross Stone and Dan Simms from Rondebosch. On the girls’ front, congratulations to Leah Bullough from Reddam for selection to the Tournament Team.

In the Somerset College U15 Girls Tournament Herschel and Reddam both finished with seven wins apiece in the round-robin competition.

The Reddam U14 Boys won Gold at the Grey Bloemfontein tournament, and Reddam U14 Girls Bronze at the Roedean event. Overall winners at the latter were the Herschel team, they had the distinction of not only winning but only having four goals scored against them in the entire tournament.

It was all action at Rondebosch High with the Cannon’s Creek U13 tournament. There were 36 teams participating. Wynberg Boys A topped the boys’ A section while Sun Valley the girls’.

Of particular interest was the staging of an U8 and U9 Splash Polo mini-tournament on the Saturday, it was so cute to see these little tykes in action, hopefully a good omen for their long-term participation in this great sport.
Well done to all the organisers, coaches, players, parents and spectators for a great weekend of water polo. Remember, please keep us in the loop so that we can broadcast the good news!