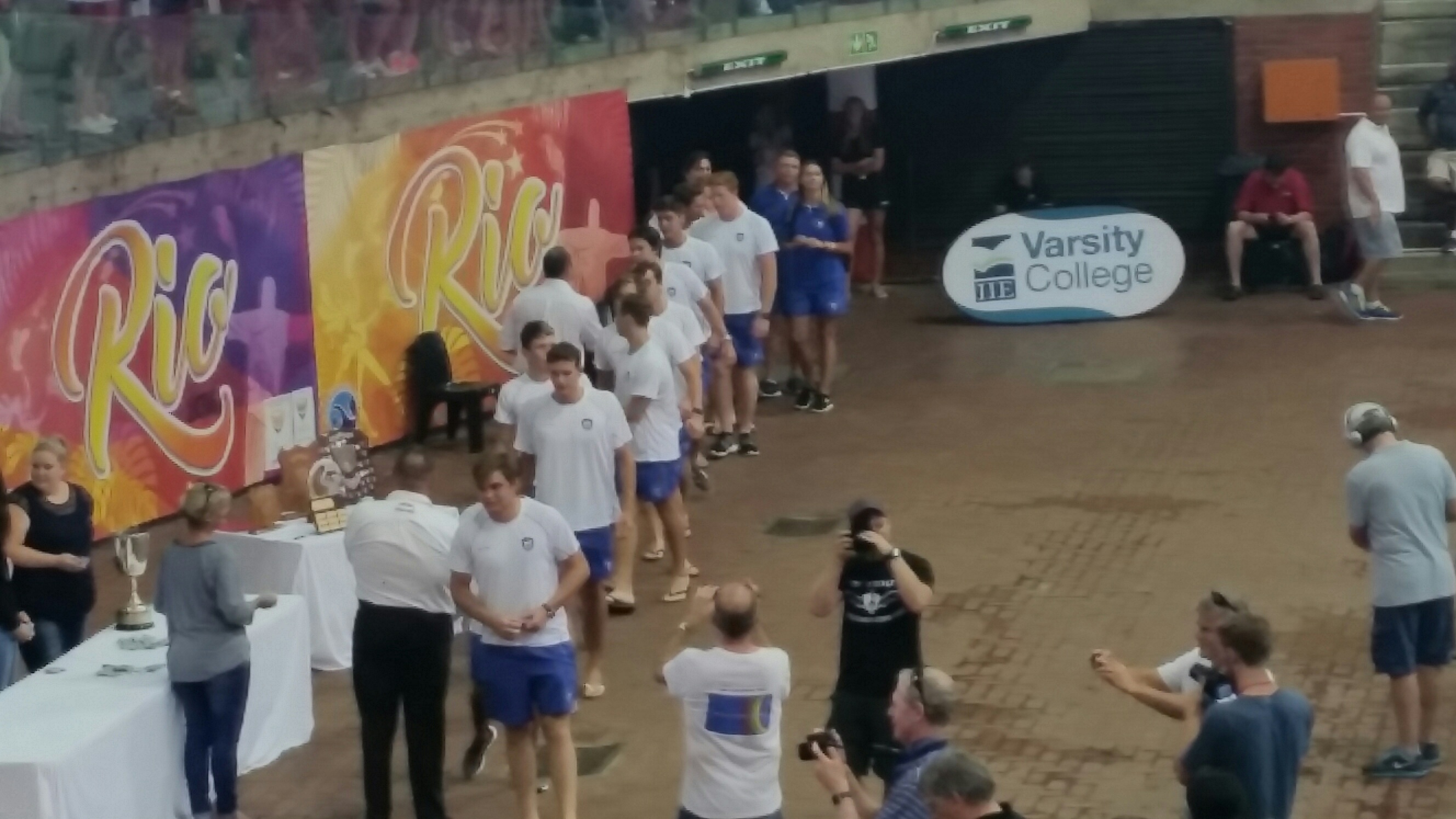 Western Province produced one of their finest performances at the annual SA Schools’ Water Polo Inter-Provincial Tournament (IPT) securing seven Gold, four Silver and one Bronze medal on their way to claiming the overall Team Award.

Going into the semi-final stage 16 of WP’s 20 teams were competing for promotion. In the finals there were 11 WP teams in 10 matchups, with the U13 girls’ A and B team up against each other.

In further accolades the following WP players were recognised:

Tournament Team – recognition for outstanding performance during the competition:

The IPT is schools’ water polo annual gala event and this year was no exception with almost 1 800 players in action from U13 through to U19 girls and boys. The IPT was staged in Durban and rotates around the country with Port Elizabeth scheduled for the 2017 iteration.

‘We sent a 296-member team to this year’s event comprising two girls and boy’s teams per age group plus coaches and managers,’ says Western Province Schools’ Water Polo chairperson Gary Fisher. ‘The players, coaches and managers put a lot of time in their preparations and their efforts are reflected in the medal haul. On behalf of the entire water polo community on the Province I extend our sincere appreciation to them for their outstanding effort in maintaining our leadership position on the national stage. A special thank you to our team general manager Kevin Adrian for his superb effort in the lead up to and during the IPT.’

‘In addition I would like to thank the parents for their support. It was magnificent to see the encouragement offered to the players on the side of the pool by parents, family and friends. Putting the entire campaign together involves a number of hard-working individuals, and special mention must go to Samantha Ackerman and Mandy Fisher for their tireless efforts.’

‘We embarked on a high performance programme in the 2015 season, tweaked and improved on it this year and we plan to grow it further in the future. It takes sponsors to drive that type of thing and we are particularly grateful to Parmalat for their generous Steri Stumpie product donation and to our name sponsors, Pick n Pay, for their financial assistance.’

Thank you to all who contributed to a successful water polo year in Western Province. Enjoy the holidays and we look forward to getting the show back on the road in January,’ concludes Gary.